There is no Goldilocks rule for fighting, the “just right” amount of fighting for a healthy relationship in between too much and not enough. Every couple is different. Some couples enjoy fighting and making up. Other couples prefer to avoid fighting at all costs. Some couples fight more frequently or more intensely than others. But all couples eventually disagree about something. Most of the time, these differences can be explored calmly. But sometimes the differences will feel bigger, and you will find yourself on the precipice of battle.

Disagreements crop up in every relationship, sometimes more frequently than others. Differences of opinion are natural, even healthy. Discussing these differences can help us to grow as a person and as a couple. Challenging the way we think about something, seeing how another views that same topic or idea, is one of the ways we learn more about our own beliefs.

Our opinions change as we age, and they do this if we continue to have open discussions about things we disagree on with others. Sometimes we will reach a solid middle ground, and other times we will have to agree to disagree. Holding on to every moment of discord to reach one hundred percent agreement is not worth your time, and it isn’t plausible to think you can reach agreement on everything you talk about. Recognize that people will see things differently, discuss these differences in a rational manner, and move on. Save the tense arguments for bigger things.

Outside factors in life can influence our mood, and stress from work or family can intensify what might ordinarily be a small issue. It is important to recognize that other factors can increase our stress response. Instead of fighting just to fight, look at why you want to argue.

When you find a sticking point, an area of disagreement in your relationship that seems to be at an impasse, you are allowed to fight. Fighting is natural in any relationship, romantic or nonromantic.

Fighting every day over seemingly small or innocuous things is draining. On the other hand, agreeing with your partner on everything is next to impossible. If it does happen, it is not likely to last. More than likely, one partner is parroting the other, and this can only go on for a limited amount of time. Fighting can be healthier than holding it in. It is okay to fight,

as long as you are fighting over something important to one or both of you. The purpose of fighting is to come to an agreement. There might be a winner and a loser in the fight, but it shouldn’t be about winning. It is the middle ground you reach at the end of the battle that is important.

We fight for things we are passionate about, and that can be a good thing. There will be things worth fighting for, in your eyes, and that is where you need to focus. Let the other petty disagreements come and go easily and focus on the things that matter instead.

This site uses Akismet to reduce spam. Learn how your comment data is processed.

Check out our Blog! 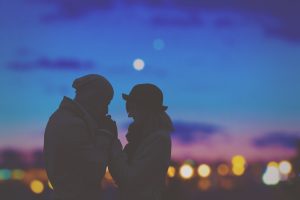